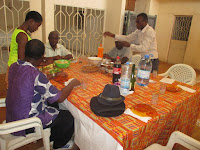 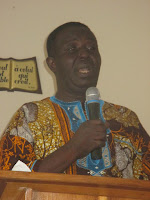 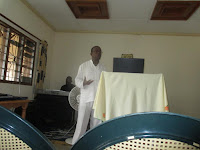 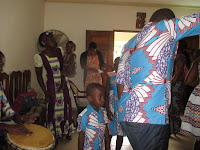 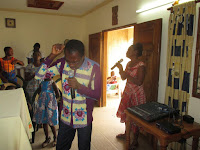 THE REGIONAL CONSULTATION FOR FRANCOPHONE AFRICA

The CRAF Consultation in Grand Bassam

From April 18 to 23, 2017, the CRAF Consultation was held in Grand Bassam, Côte d’Ivoire. The theme of this meeting was: “Bringin back the Gosppel of the Kingdom, Bible training and Integral Mission in the Local Church.”

This Consultation brought together Ministries and Works leaders with special expertise and perspective on a specific topic or subjects, influencers who would be able to implement the recommendations of the Consultation. Each participant was invited to contribute to a working group with a unique perspective based on his or her leadership role, context and geographic location.

It is in this perspective that I was called to facilitate a working group on the Movement of Refugees in connection with the global theme. All over the world we are experiencing an influx of refugees from the regions where the socio-military conlicts, the famine or the persecution of part of the populations of these places are located. This is a challenge for the local churchs because these refugees mostly come from the regions unreached or less reached by the Gospel of salvation. These people are most often in a situation of fragility and require psychological and spiritual support that the Church of Jesus Christ is well placed to bring to them. The African Church has a large share to take in this challenge, the more so the African Continent is hosting the most refugees in the world.

Indeed, according to the International Organization for Migration (IOM), there were 65.3 million refugees in the world in 2015. People who have been forcibly displaced by persecution, conflicts, widespread violence or human rights violations. An article in the newspaper Jeune Afrique of June 25, 2015 estimated the share of refugees on the African Continent between 17 and 20 million, estimating that these figures were underevaluated due to lack of reliable data, i.e about 32% of the refugees of the planet! This means that the poorest continent hosts, in silent without media coverage, one-third of the world’s refugee population. An article in Le Monde, by Philippe Rekacewicz, entitled “Refugess and Asylum Seekers Concentrated in Poor Countrie”, stipulated that the developing countries, first and foremost the poorest, should host 80per cent of the exiles. Most often these migrants survive in a very precarious way. Most are denied acces to industrialized nations as well as the right of asylum.

We then discussed the appropriateness of the refugee movement for the church to reach the unreached without movings from home. People in exile are often more open to the Gospel, and the children of God are called to seize the opportunities of this service of love (John 13:35), sharing the Good News in season and off season (1 Timothy 4:2; Acts 8:4-5), and making disciples (Acts 11:26, Philippians 4:22, Genesis 39:2, 41, 50:20). This appeal is addressed to the children of God both in the migrant community (Diaspora) and in the Local Churches of the host countries. It is in this respect that the churches of Africa are challenged because, as we have seen above, Africa is the continent that hosts the most refugees in the world without closing her borders. The Universal Declaration of Human Rights stipulates in its article 13 that “Everyone has the right to move freely and to choos his residence within a State. Everyone has the right to leave any country including his own, and to return to his country…”

Many other areas related to the challenges facing African Churches have been addressed such as:
-          The multiplication of leaders with 4 essential challenges: the thirst for power, the lack of knowledge of its weaknesses, the lack of leaders according to the model of Christ and the preaching of several gospels other than that of the Kingdom of God.
-          Children in and for the Kingdom with 5 challenges identified: misunderstanding of the place of children in the Kngdom, lack of appropriate training for monitors and suprevisors of chidren, lack of family in education from the perspective of the Kingdom of God, the absence of evangelistic programs for children, outside the church and, children perceived as more difficult.
-          Women in and for the Kingdom with also 5 challenges identified: understanding their identity in Christ (they often feel, with a few exceptions, useless and unimportant), bad relationship, lak of personality (poor self-esteem, feeling of rejection), lack of communication due to wounds through behaviour in church and in families, lack of men’s understanding of the biblical role of women (they are often in position of leaders)
-          Biblical training with 11 identified challenges
-          Misson with 9 identified challenges
-          The Gospel of Kingdom, with 8 challenges identified 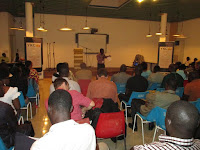 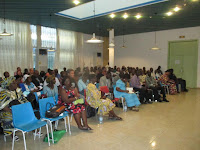 All discussions and conclusions are recorded in the final consultation document and are available on request from CRAF leadership.

The plenary sessions begin with praise  and worship before the speakker of the day.
Publié par Daniel MPONDO à 03:36 Aucun commentaire: