Mission to Cameroon 2014: Evangelism in Douala

We had several programs in Douala. We started with the preparation of the International Bible Camp planned for 2016 in Cameroon with young people of Martinique an Guadeloupe. Pastor Emmanuel KOUM had gathered the pastors of churches that participate in this project ad we discussed its organisation. Later we had a meeting with the young leaders to refine all aspects of the project including tourism.

But the most important part of the mission in Douala will be the implementation of the “Douala For Jesus” project. It was about an evangelistic rally that was to cover five districts of Douala from December 15 to 30, and an evening of prayer with all participating churches on December 24, in a large public square. This night watch prayer was planned to be my last intervention since my commitments forced me to return the next day, December 25th, to France. 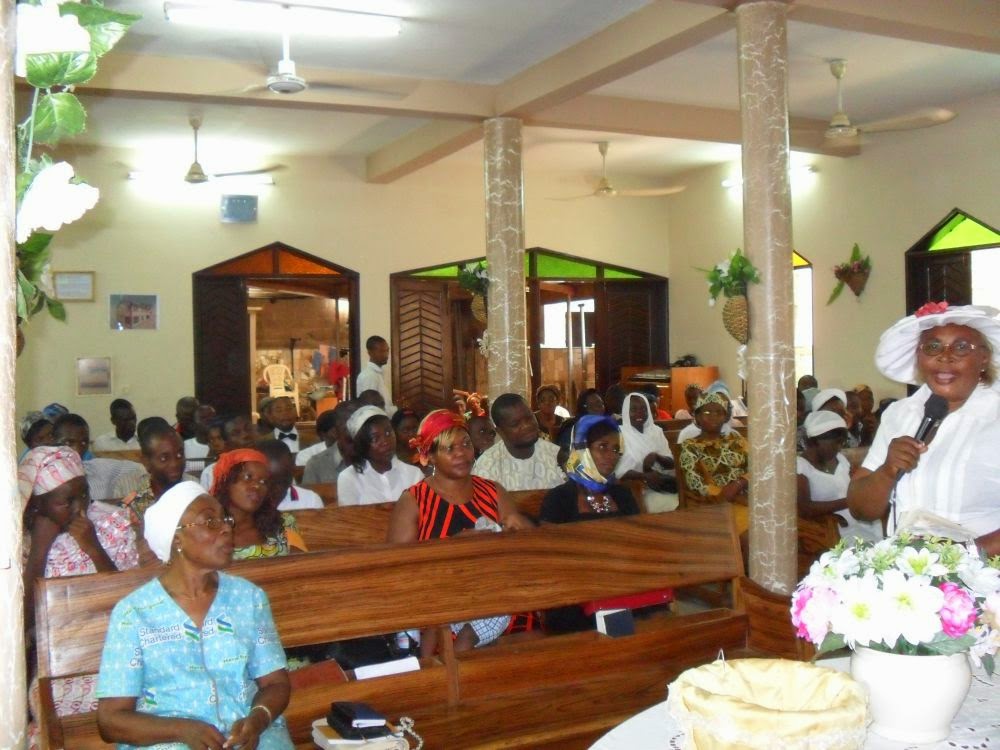 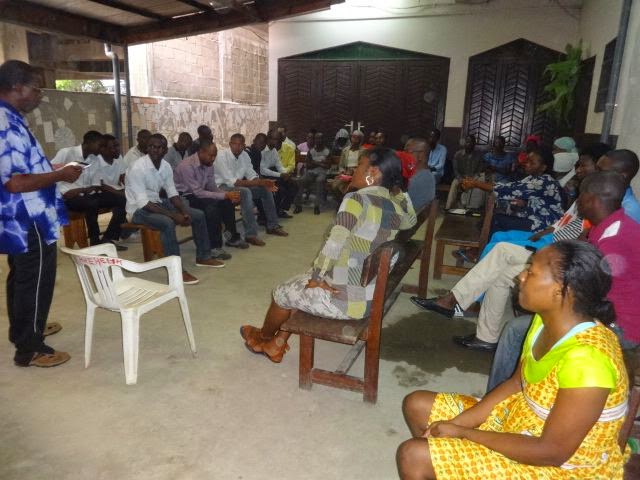 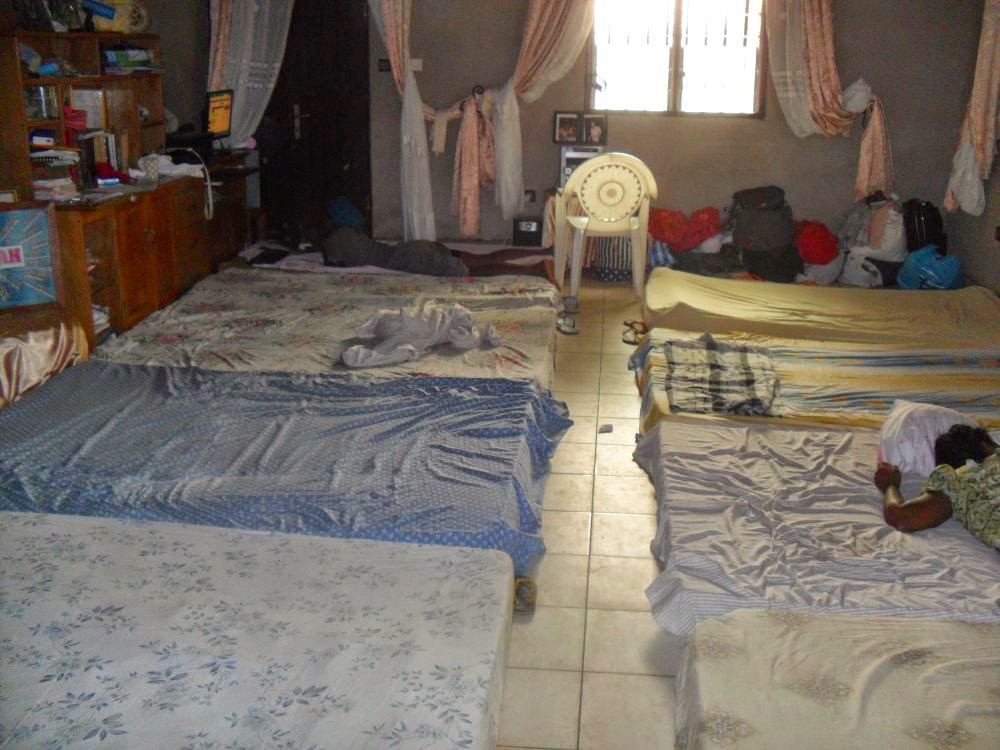 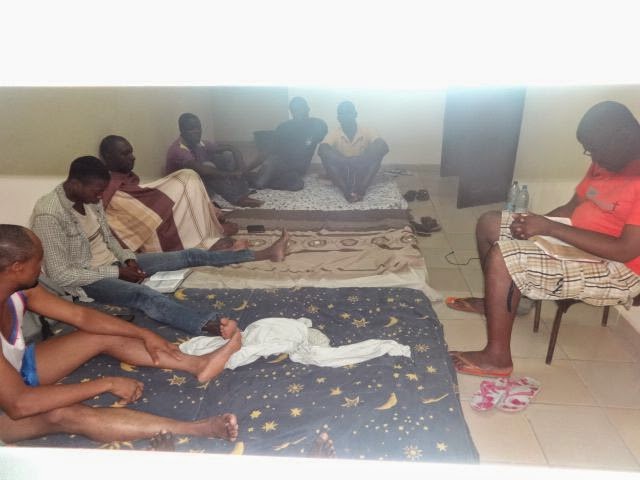 This project was originally to be conducted with 200 evangelists from different churches including about 40 young people from YWAM. We had met before our departure to Tibati for training. They were ultimately about 120. They all had “camped” during the first part of the mission to the pastor Emmanuel Koum’s compound. Women in the rectory living room transformed into a dormitory and men in two flats also transformed into dormitories. We had all of us to be up at 6am to start a personal meditation before joining together at 6:30am for a time of praise and exhortation up to about 7:15am. While I was going for my morning jogging few minutes later, the evangelists were having their breakfast before proceeding to the neighbourhoods of the place where the evangelistic meeting had to take place. The Churches of the invested district had in charge to feed them for lunch and the evening meal were taken at pastor Koum’s where we were all staying. When back from the evening meeting and before diner, we had some debriefing focussed on the actions of the day, which allowed to prepare the following day.

The districts invested were:

The Lion District of Bali from 15 to 17 December 2014, preacher Daniel Mpondo 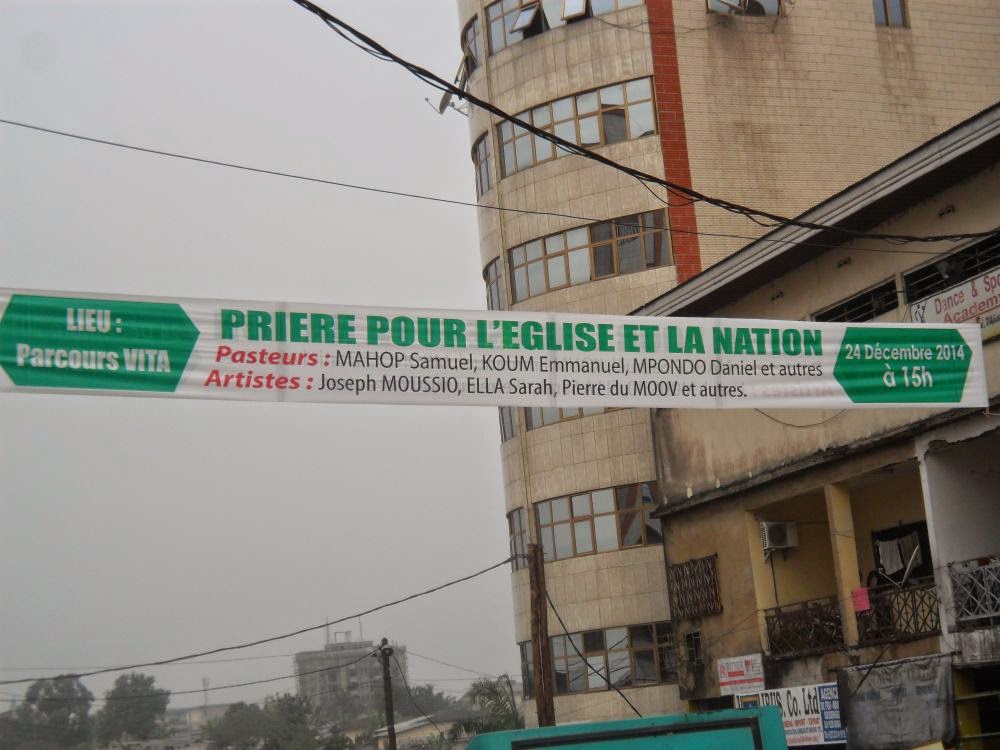 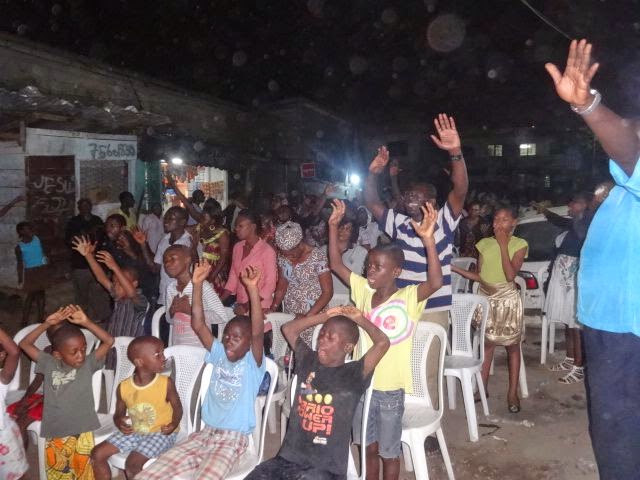 The Night watch of prayer was also to take place at Makepe District on December 24th with Daniel Mpondo as preacher. And that was my last intervention in the “Douala For Jesus” project. The last two Districts to be invested were the Bilonguè from 26 to 28 and the Angel Raphael from 29 to 30 December.

The work was harder in the South who was Christianised before colonisation that in the North strongly Islamic. While more advertising media were used, Christian Radio broadcasted and mass distribution of flyers, banners held in main axes in the city, we did not have an evening audience we had in the North. It reminded me somewhat countries in Europe. Nevertheless, dozens of people came to the Lord, many lives had changed and were saved.

At the time I make this report, I still have no echoes of what happened in the two last areas where I did not participate in evangelism. But I know that the Lord has supported His work and added to the churches many souls. His Name be glorified! 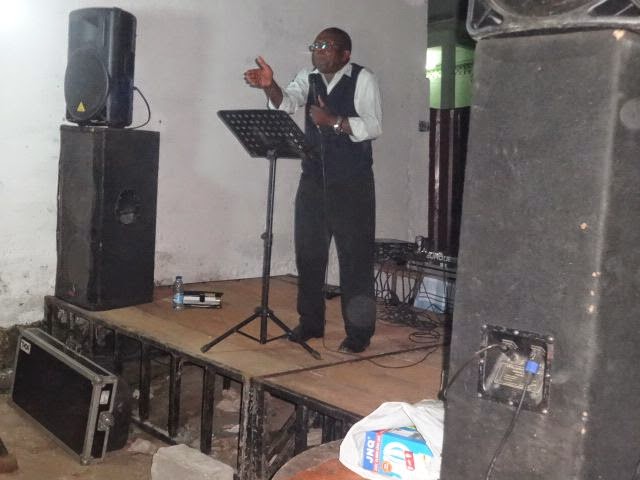 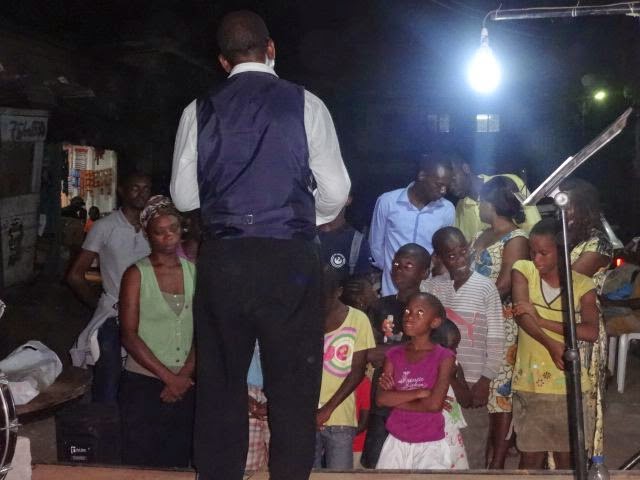