From November 15 to December 22, 2016, we went to Cameroon for an evangelizing action in two stages. First from 16 to 30 November in North Cameroon among the Muslims and from 16 to 29 December in Duala in the South of Cameroon.

Evangelization in the Far North

I joined the team of Pastor Emmanuel KOUM in Maroua on November 19, when they had lready started operations since the 15th. This was a challenge, as the airline had canceled flights on several occasions. I was not able to join the team until that date. 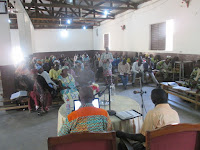 I then started with Maroua where we worked until November 20th. Then we went to Guider, a little town further south of Maroua where we preached the Gospel from November 21st to 24 before heading to Figuil, another little town about a hundred km from Guider, on the 25th and we evangelized there until the 27th. Then I went back to Maroua on the 28th after having preached in one of the churches which had welcomed us, while the rest of the tean was heading eastward. 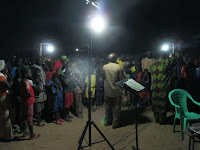 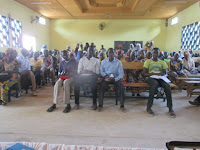 In each of the cities we visited, we held leadership training seminars and the people of God’s during day time. We had many convesations with the young people to whom we also gave appropriate lessons, followed by public campaigns in the evenings. In Maroua the campaigns took place in the churches, but for the first time since the Islamic sect Boko Haram raged in this region we were able to do open-air campaigns at Guider and Figuil. We thank the Lord for the work He has accomplished in this Region. It was moving to participate in the Lord’s harvest. Indeed, every time we appealed to receive Christ, hundres of people got converted, many of them young. 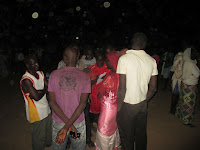 We had months later, returns from the local pastors with whom we worked that informed us that following our action, the Lord continued to add souls in their churches! Let Him alone be glorified! AMEN!

After North Cameroon, the team of Pastor Emmanuel Koum continued with a campaign in the East before going down to Duala. During this time, I was the guest of the Akwa Francophone Shalom Community Church. There I once againhad the opportunity to preach the Gospel and sing to the glory of the Lord. 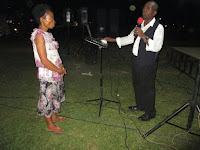 Then Pastor Emmanuel Koum organized an evangelization campaign in two districts of Duala City from 17 to 29 December. Given my travel requirements I only took part in that of Makepe from 17 20 December. Every evening we met in the open-air at Rond-Point Makèpè for an evening of evangelization. This campaign has made me realize that the big cities of the world are somehow universal and that where we consider that Christianity has no problem, we see hardening of hearts and sometime those who say they are Christians live their Christian lives somewhat like a vaccination, or like this character of the comic Asterix, Obelix who, fallen in the magic potion child, had no mors need to take. Whereas in the North there were hundred of people converting to the call, in Duala when two, three of four people rose to the call to give their lives to the Lord, we were very happy. I have even experienced what I call “the solitude of the Evangelist” who dooesn’t see anyone rising after the call.

We also officiated at wedding services and ppreached in many churches in Duala. The Lord was glorified! 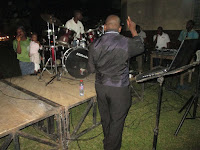 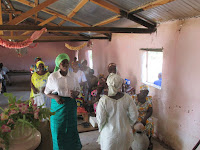