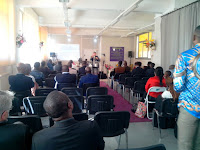 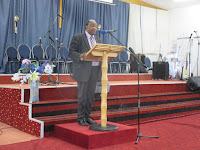 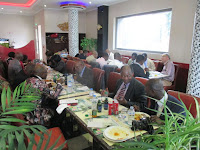 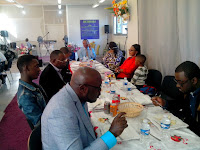 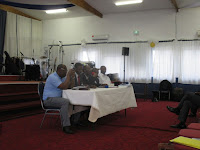 This year we returned to the fundamentals of the “Global Day Of Prayer”, starting with 10 days of prayer preceding the GDOP: based on the “Our Father” prayer, we exhorted the People of God to join hundreds of millions of Christians who place themselves before God for this repentance and prayer day for this collective adventure for a world desperately in need of His glory, His love and His compassion. From the Ascension Day to the eve of Pentecost, we sent to the churches a prayer request that invited to stand in the gap to intercede for God’s people ans our nations. 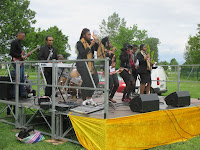 This year we have once more received assistance from our brother Serge Bergeret who came from near Lyon to give us a helping and. This time he did not need to bring us a podium, the Events Service of the Eurometropol of Strasbourg having graciously granted us one this year. We do thank the City Council! Many brothers and sisters in Christ also support us every year in the logistics of the event, starting with the Church MIEL who brings the sound and assures praise, Chef Gilles Ostermann who helps with the drink, let us not forget those who positively respond to our invitation to take a prayer request. We say a Big Thank to all and pray that the Lord pours His blessings upon them! 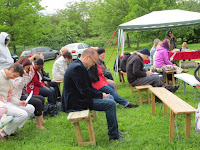 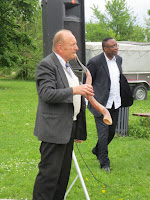 We solemnly opened the meeting by the raising of the flag of Chritianity in the sound of the shofar blown by our brother Serge B. Then we praised and glorifiesd our God in Psalms and spiritual songs in honor of His Name. Praise being conducted by the band of the Church MIEL of Strasbourg. Then we started praying with individual and collective prayer of repentance before placing ourselves before the Throne of Grace to intercede. Some people have asked why we always start with a prayer of repentance? We answer that the Lord does not hear the prayer of the wicked and we quote the Word in Isaiah 1:12-18 “When ye come to appear before me, who hath required this at your hand, to tread my courts? Bring no more vain oblations; incense is an abomination unto me; the new moons and Sabbaths, the calling of assemblies, I cannot away with; it is iniquity, even the solemn meeting. Your new moons and your appointed feasts my soul hateth: they are a trouble unto me; I am weary to bear them. And when ye spread forth your hands, I will hide mine eyes from you: yea, when ye make many prayers, I will not hear: your hands are full of blood. Wash you, make you clean; put away the evil of your doings from before mine eyes; cease to do evil; Learn to do well; seek judgment, relieve the oppressed, judge the fatherless, plead for the widow. Come now, and let us reason together, saith the LORD: though your sins be as scarlet, they shall be as white as snow; though they be red like crimson, they shall be as wool.” Moreover the word pray in Hebrew in the Bible has three radicals that mean to judge oneself, which means that before placing before the Lord, the benliever must first judge himself (introspection) before presenting his “gift” or “intercessory sacrifice” to the Lord, King of the Universe. This step is so important to us in the spirit of the GDOP. 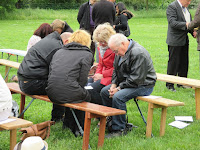 Beside the usual prayer requests, the main ones being for Africa, Europe, Israel and the Nations, as well as for the authorities as the Bible asks us, and for the family according to God, the unity of the Church as Body of Christ and for hot topics, each year, on the inspiration of the Holy Spirit, we choose a specific topic. Last year we prayed for the Congo (DRC), this year we had chosen to bring before the Throne of Grace the Yezidi people endangered by radical Islam.

This year again we were few, some regulars of this prayer meeting and a few who, after some years of absence, joined us again, and several first-time participants. Wondering why Chistians lose interest in the event that would gather all the children of God of all denominations around a time of prayer, we were encouraged by this passage from Romans 11: 5 “Even so then at this present time also there is a remnant according to the election of grace.” But we once again experienced intense moments of fellowship and visitation of the Holy Spirit through songs of praise and prayers we did ascend to the Throne of Grace. The Lord and Father of our Lord and Saviour Jesus Christ be glorified! 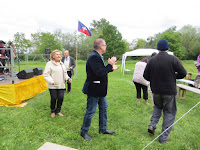 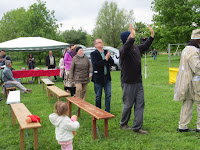 Glory be to God our Father and Father of our Lord and Saviour Jesus-Christ!
Publié par Daniel MPONDO à 04:28 Aucun commentaire: