THE MAEVASEV BOARD MEETING IN CAMEROON: DOUALA FEBRUARY 2016


The Maeva Source of Living Water Board Meeting in Cameroon

At the Maeva Source of living Water Board Meeting held at the home of our brother Michel Bourlier in April 13, 2013, the Regional Delegate for Cenral Africa and Head of Maeva Sev Cameroon proposed holding of our Board Meeting once in Cameroon. The idea has its way, it was again submitted to the 2014 Board Meeting in the following year by the President of Maeva Sev France on request of Cameroonian officials. An agreement in principle was then adopted and confirmed at the 2015 Board Meeting, where we agreed to set a date that would allow Julie and Roland to take part to the trip. Julie was available only during the school holidays. We decided then to schedule for February 2016.

The invitation was launched for the period from February 15 to 25 at the request of the organizers in Cameroon, period during which they will take care of us. Thus we went to Cameroon from February 14 to 29 for the President and the Treasurer, and from 15 to 22 for the other European participants. The initial program included specific actions from February 16 to 21 as follows:

From February 22nd to 24 our Cameroonian team had planned excursions to Limbe, Yaounde and Kribi 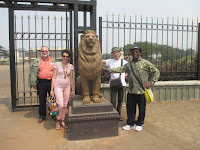 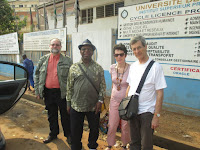 For reasons beyond our control, program has been completely changed, most of participants having chosen to return on 22nd on one hand and on the other hand, project works having been delayed, the project visit was postponed. This led us to change the program of our stay. So we started with the tourist trip: after a day off with a visit of the city of Douala on the 16th, we went to Yaounde the capital of Cameroon for a sight seeing; our guests apreciated and enjoyed these moment of relaxation to taste some African cuisine.

The next day, February 18, we held at Shalom Akwa, an evangelistic campaign with Daniel Mpondo 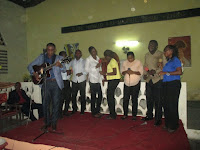 as guest speaker. It was more an opportunity to strengthen the faith of believers than a campaign itself. The following day, February 19th we made a trip to Limbe, the English-speaking part of Cameroon, at the foot of the mountain that bears the same name. We visited the Zoo before going to Seme Beach where we enjoyed a swim in the ocean with fine black sand. That same evening, we had an evangelistic concert at Shalom Bonapriso, led by Pastor Sebatiao Ntela and followed by a short evangelical preaching by Pastor Daniel Mpondo.

Saturday, February 20 was a very busy day. In the morning we had our first expatriated Annual Board 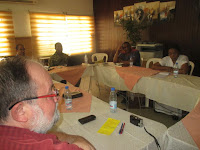 Meeting at Brother and Sister DONA’s in Bonapriso. It was an opportunity to meet some of the Cameroon’s Maeva Sev Team members. After completing the work, we shared the meal together, continuing exchanges on the Cameroon’s Maeva-Sev projects. We found how the Cameroonian antenna of our missionary movement was dinamic and was involved in many projects, counting only on their own ressources. This encouraged our frieends and colleagues of the Board who made the trip to make them a personal gift to encourage them to move forward, to carry out their projects.

In the Afternoon we attended a family recognition ceremony organised by the Mpondo Dicka Family and punctuated by a thanksgiving worship. It was also a memorable moment for the team.

On Sunday February 21 we formed two teams for morning worship. One went to Shalom Bonapriso and the other remained in Shalom Akwa.  At night we proceeded to the opening of the Bonaberi Shalom Church with an animation in praise by the cantor, Pastor Sebastiao Ntela, followed his preaching. 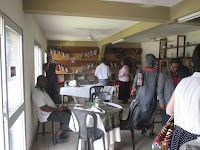 The last day, the day of Michel, Xavier and Sebastiao departure, was dedicated to the inaugural visit of the Maevas Sev Cameroon’s Medico-Social Centre with its Media-library Annex which had been operating for some time.

We were very encouraged by this experience that allowed us to appreciate the dynamism of  an African branch of our Mission that is not only autonomous in its functioning but also was able to take care of us during all our stay in Cameroon. We can only encourage other antennas to follow this example. Thus they will be richly blessed by Whom we serve, our Lord and Saviour Jesus-Christ. To Him be the glory! 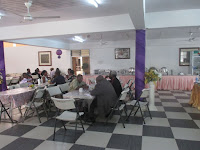 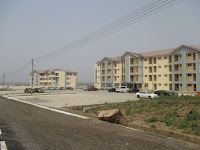 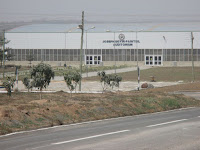