MISION TO THE IVORY COAST APRIL 2014


The first mission in the Ivory Coast

I went to the Cote d’Ivoire for a mission originally scheduled 1st to 15th April 2014. The mission was to take place in two stages. At the invitation of Dr Germain Kébe-Mambo, Medical officer for sanitary works of Maeva Sev, Cote d’Ivoire branch, currently and solely Maeva Sev local branch responsible. The mission I had to start in Bouake from April 1st to 7th were I had to evaluate the work of this department of our mission after years brake due to the events that took place in that country. After Bouake I had to go to Dabou in the south from April 7th to 15th for a programme organized by Pastor Michel Koffi who was then in position to replace Mr Jacques Essoh at the head of the Ivorian branch of the mission.


When I arrived at the airport the evening of April1st, Dr Mambo met me with the clearance documents for 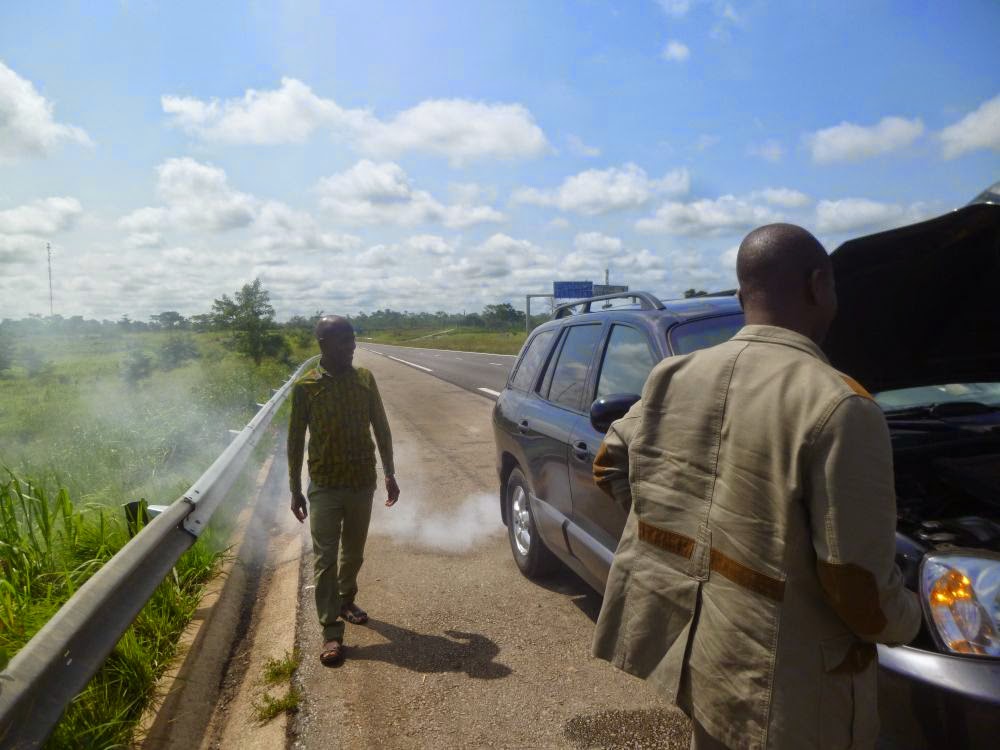 the package of drugs that I had brought for the Maeva Sev Health Centres. Not wanting to travel to Bouake at night, he had reserved some rooms in an Abidjan Hotel from where we left very early in the morning to Bouake. Despite our early departure, we arrived late in the afternoon in Bouake where we were expected since morning. A car brake down forced us to stop for several hours in a place near Yamoussoukro pending a replacement of our hired car which was coming from Abidjan. So this gave us opportunity to visit the famous basilica of this city the first president of this country built in Africa. After dinner with the team that was expecting our visit, we held a meeting to reorganize the program that was expected to begin this morning.

Two actions were planned for my stay in Bouake: firstly, teachings and preaching, then humanitarian activities.

The teaching and preaching 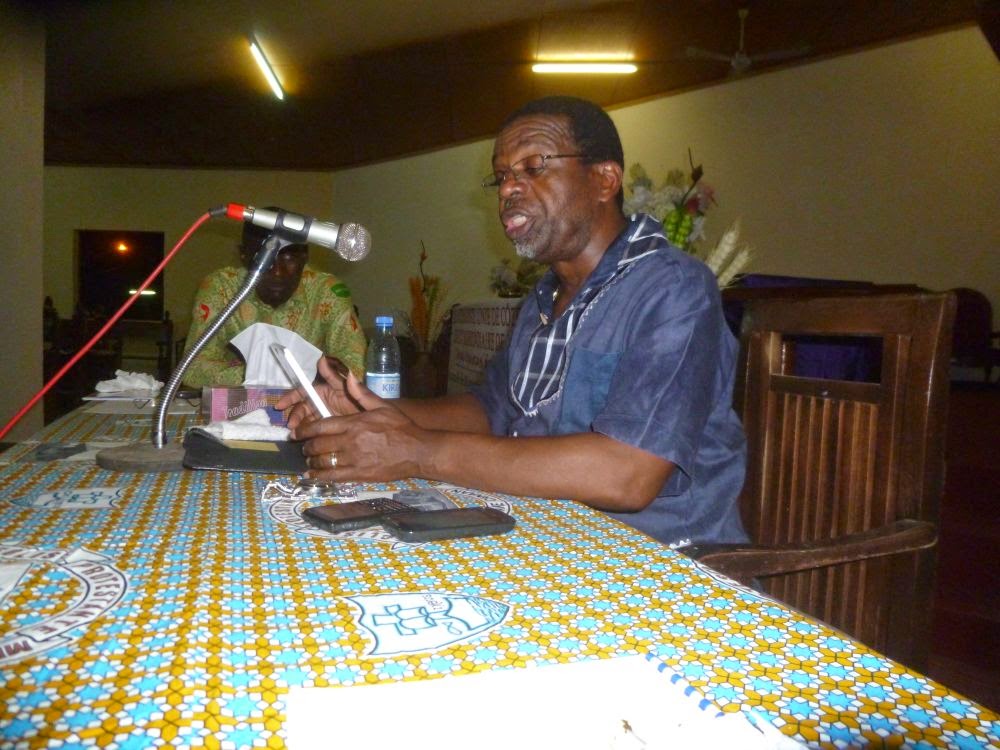 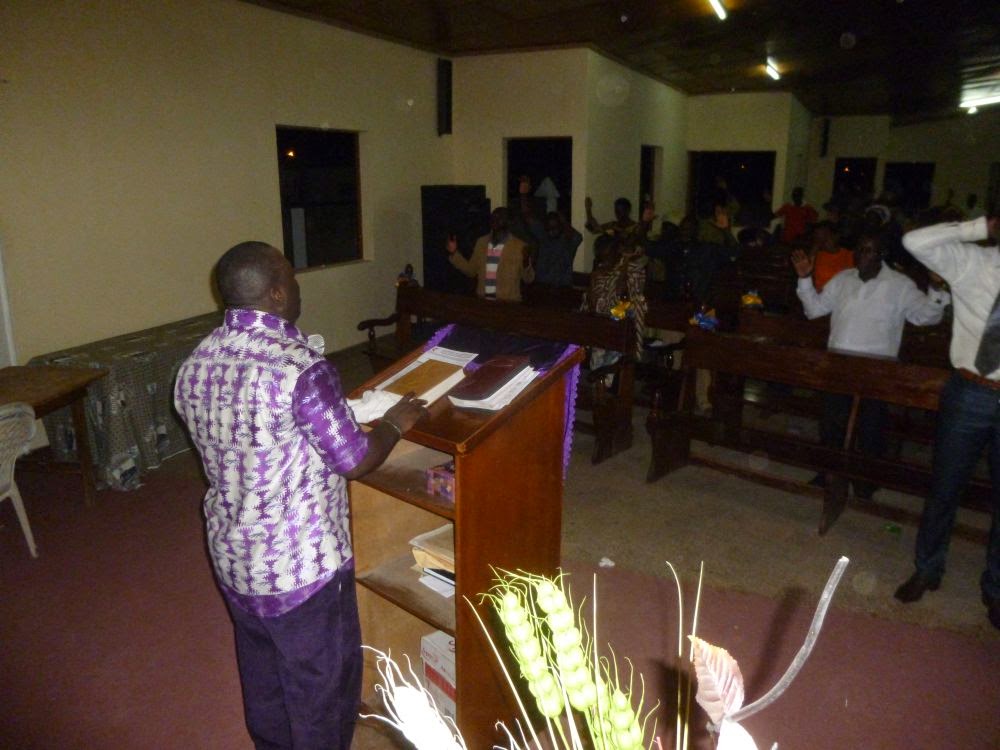 First of all, I planned training seminar for church leaders in the community. For this reason I had prepared a teaching very important to our mission, the “Theology of development”, a three days seminar we had to complete in two days only given the delay that was due to transportation. Ultimately, most of the members of the Methodist Churches of the district took part in this training and appreciated. And then, I was invited as the main speaker to the night of prayer organised by my hosts. This took place in Canaan Parish from Friday night at 8.Pm, to early in Saturday morning around 6.Am. Also participated as special guest, the Prophet Blaise BITTY. The program was substantial and there was no place for time out. The evening was punctuated with praise, prayers of confession and proclamation, as well as prayers of repentance and thanksgiving followed by numerous testimonials. The Prophet BITTY shared a short message with a time of intercession for the revival of the church, the city, the country and family. I continued with the main preaching for nearly an hour followed by a time of ministry with prophetic actions and prayers for deliverance and healing until dawn. It was a blessed time when the Lord has shown His grace! Praise Him! 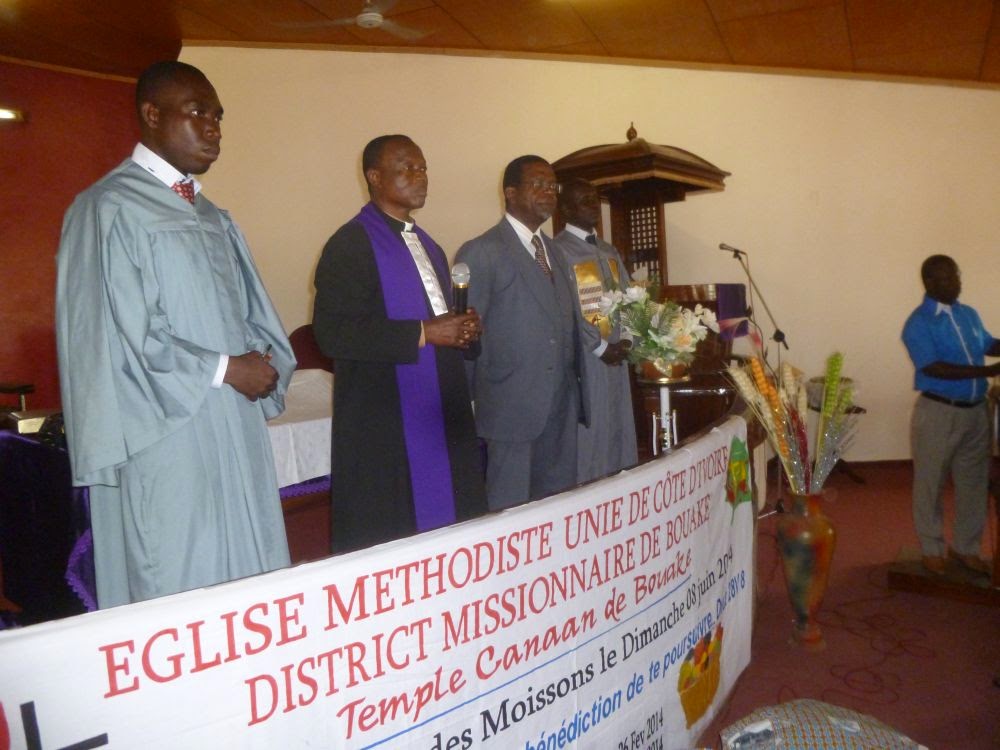 Saturday’s was not either a rest. Indeed, after a few hours of sleep, we had to tour the works which will be discussed further. We ended on Sunday with a solemn service. The Methodist Church has then organised what they considered as a small harvest festival but for me it was a big one. During the festival a biblical rally was organised. Three people were out winners, two ladies and a young girl aged 11. But the parish had only provided two trophies to be given to winners, two Bibles. Only the two ladies were rewarded. Finding this unfair, on behalf of the Maeva Sev I committed to provide this young girl when I come back next mission, a children’s Bible in compensation and I invited her to chose what kind of bible she wanted me to bring. It also during this worship service that we made official presentation of the gift of medicines and medical equipment our mission provided as donation to the one who was in charge of the Maeva Sev Health Centres, Dr Germain Kebe-Mambo.

After the service, we shared together a meal and I took the next day the Bus to Abidjan, the second part of my mission in the Ivory Coast.
Humanitarian Actions
It was actually my main mission this time. I was invited to do so by Dr. Mambo who as LP, he was the chairman of the parish Lay Preachers of Canaan had organised the whole program with the church.
After the events experienced by this country, our Missionary organisation was concerned about the state of health projects undertaken, including the proposed health care for pupils and students designed and proposed by Dr Mambo and that our Mission had previously funded and supported. What was my joy to discover that Dr. Mambo had kept the same fervour as in the past and had set up in a number of private schools and colleges that joined this project! Thus we visited: 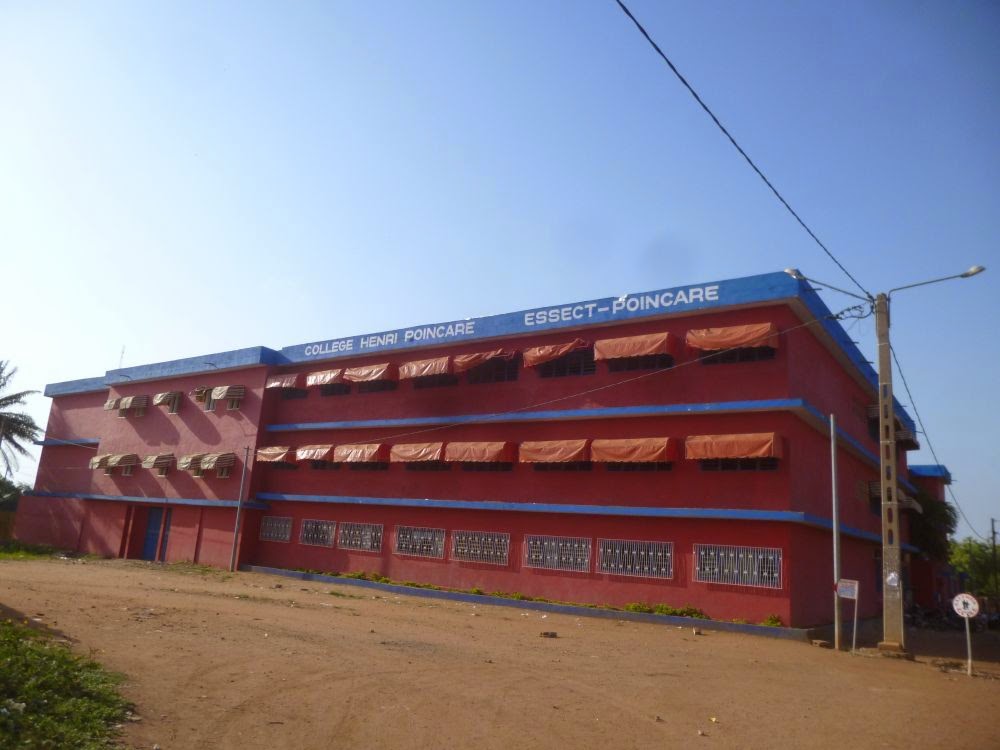 - The High School “Henri Poincaré”: an infirmary was established there by Dr Mambo. Students pay in the beginning of the School year a rather small fee and then are treated free of charge throughout the year. This system is very much appreciated by the leaders of these institutions and the parents as well. 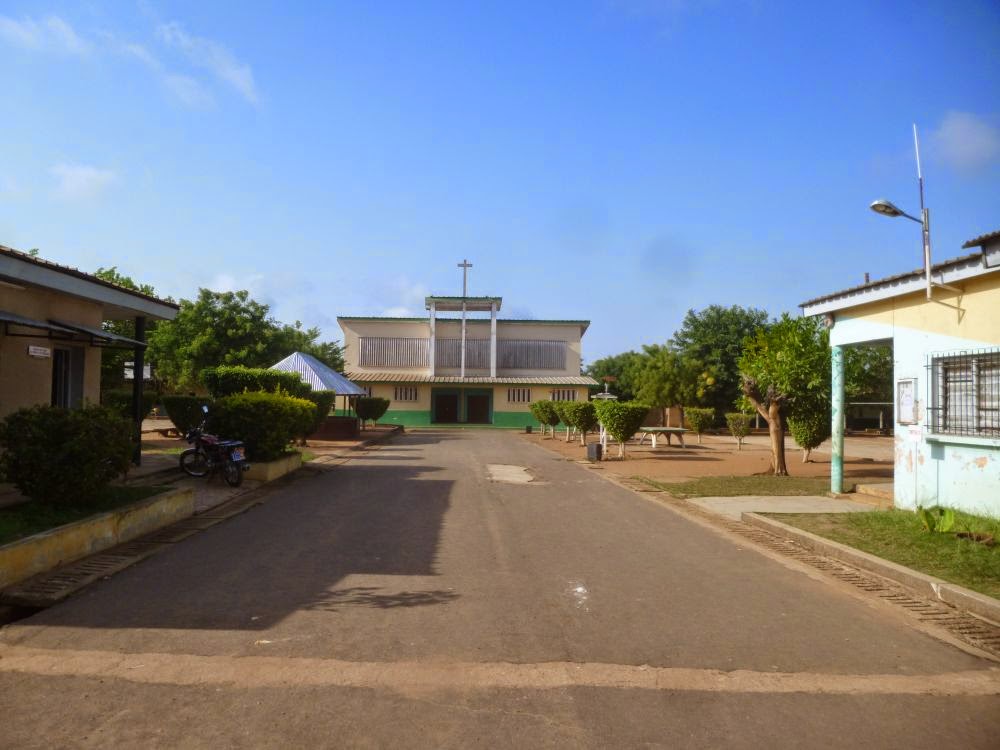 - The Catholic School Group “Saint Viateur”. It is a group that admit children from Kindergarten to High School. Here too, we were greeted as “saviours”, what made me aware of th magnitude of the task to Dr. Mambo. 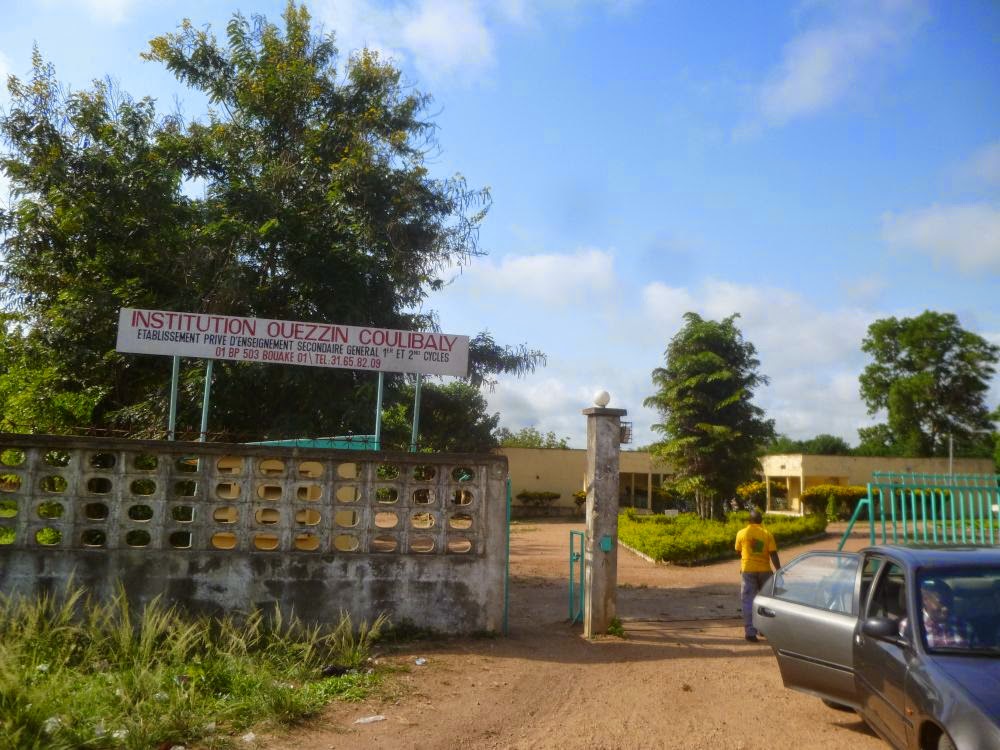 - The Institution “Coulibaly”, a private general school that welcomes students of 1st and 2nd cycle. In this facility, we have seen signs of prevention against AIDS by visiting the infirmary installed by Dr Mambo as part of this project. - We then visited a teacher who created an NGO that projected to bring together neighbourhood children whose parents cannot afford to send them to school, in order to give them free education. This lady goes every morning in the streets of the area and collect children in age of education she find and gather them in her house and teach them. She is a consecrated person who needs to find financial help to carry out this mission which currently is helpless.

We also visited the works, including health centres, some of them are part of multipurpose institutions. Thus we went: 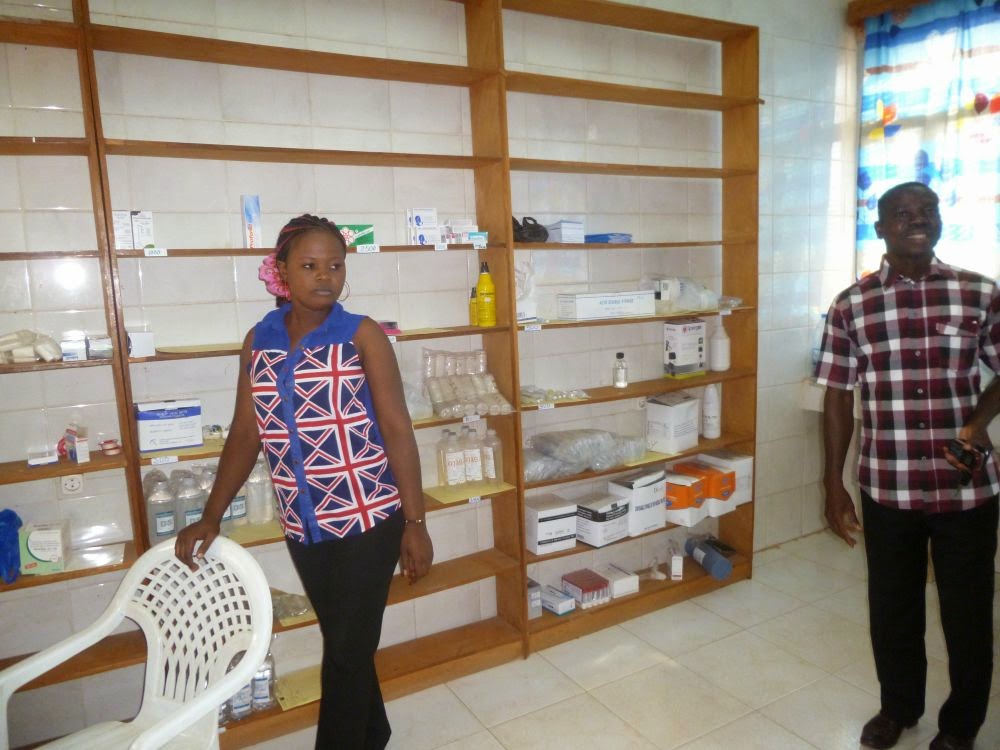 - To the Health Centre “Saint Viateur” of which our Missionary Association is partner. We made the turn just before visiting the school of the same name and toured the facilities. 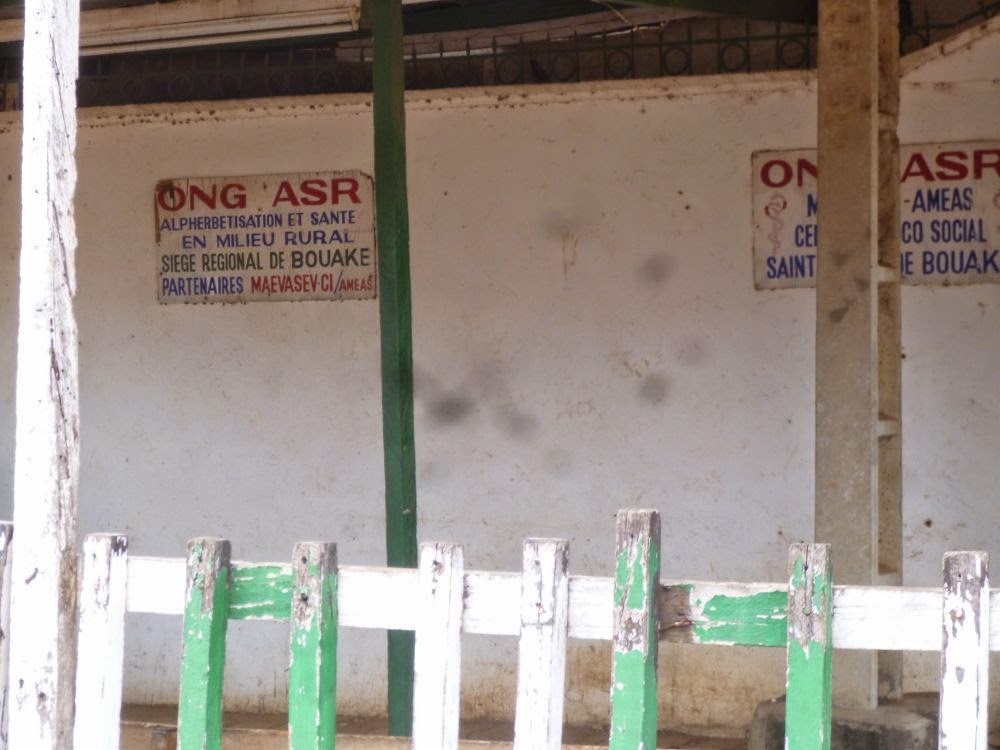 - To the “Center for Literacy end Health In Rural Areas ‘ASR’, another of our partners in education and health. It is a centre that works with very few resources and still has plans for expansion given the state of the surrounding populations.

- To Canaan Health Centre. This centre is initiated by the parish of the same name, the United Methodist Church. It is a centre in process that still lacks every thing and relies on the generosity of donors. 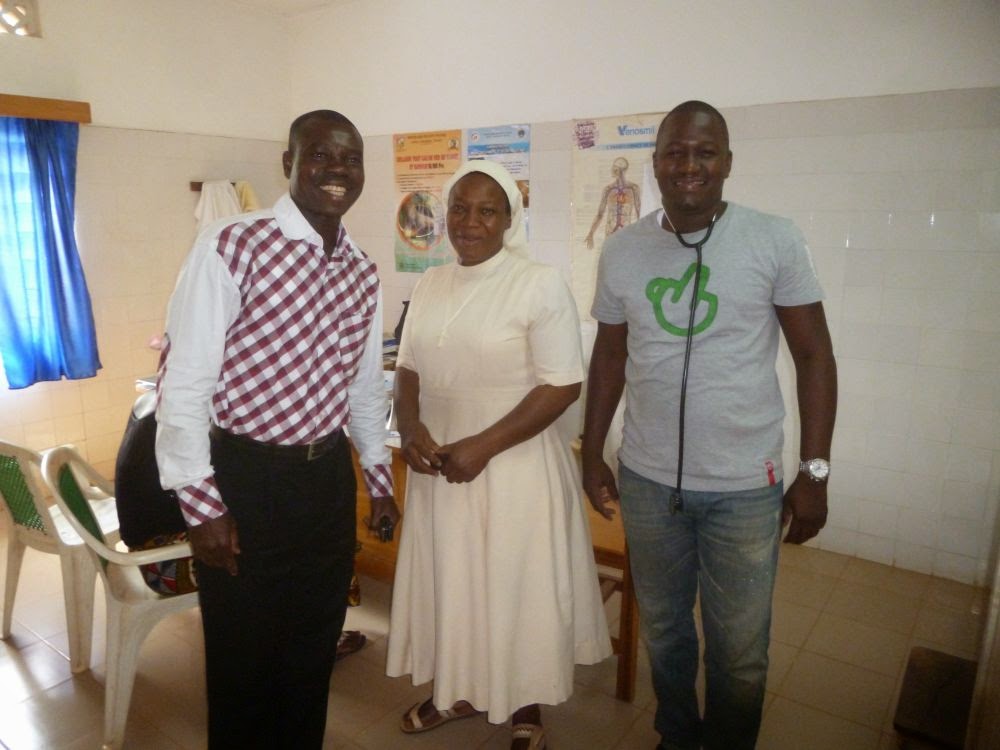 - To the Health Centre St. Camillus of Belleville” which is a facility that also hosts women outcome of mental health institutions, their children and also orphans. The centre includes classes and nursery institutes for training in sewing and hairdressing to allow these ladies, former patients abandoned by their families, to integrate into society by job training.

All these centres are starving of resources, medical equipments and medicines. Some centres perform deliveries in deplorable conditions, hospital are far removed from the often poor neighbourhoods where they are located. Sometimes women give birth on the floor in catastrophic conditions because of lack of adequate equipment and delivery rooms. Following this visit, we decided to start collecting medical supplies once I get back, to send a container of medical equipment to support these works. Thank you to pray for generous donors to help us complete this project before end of this year.

On Monday, April 7th I took the bus that was to take me to Abidjan. The second part of the mission was to take place near there in Dabou where pastor Michel KOFFI of the NGO Evangelism, Love and Compassion, in association with other pastors in that town had organized a series of events which were to begin on Tuesday April 8th and to end on Saturday, April 12th I had to preach in a church on Sunday 13th before flying back to France on Monday 14th.

But already, the second day in Bouake, as he was to participate in the whole leadership training seminar, Pastor Michel Koffi mentioned the difficulty of organizing my visit to Dabou and told me his presence was needed there on the spot to resolve the problem. He therefore left the same day to join his city. A few days after he left, he phoned to tell me that these same pastors that helped to make this program did no longer want to receive any one from Maeva Sev because of what Jack Essoh had done to them, even though he was no longer in charge of the mission when he performed his fraudulent business. He had been relieved of hid duties for several reasons but he still continued to use the name fo the mission to mount scams which were then charged to Maeva Sev. Seeing that the only program that was to be hold is a seminar with business women of Dabou at the weekend, I decided to cancel all and go back to France the same day no matter how much it may cost. And that’s what I did.