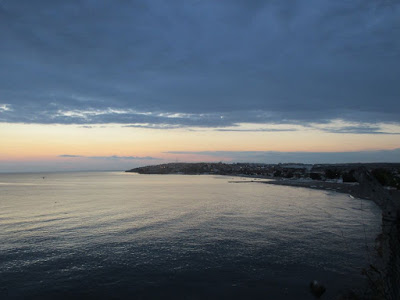 Given the current context of massive migrations of populations through Eastern Europe, we met in Turkey, one of this migration gateway, from 4 to 11 October 2015, for our annual meeting for the Europe Diaspora Evangelization. This meeting took place in two phases. One was devoted to evangelism among Muslims, especially in the Mediterranean countries of North Africa to the Middle East with the issue of mass migration from these countries to Europe, due to unrest in these regions. A second was to be devote to the Europe Diaspora.

Evangelization among Muslims
For the duration of the meeting, we started our programs with a Morning Prayer group which I attended every day from six in the morning until breakfast time. Then we took a time to praise followed by meditation. Stakeholders then shared their experiences and then we were spread into workshops by interest groups.

For publication purposes of our reports, I will not address in this document the content of our work neither any special interventions. Our work focused on the evaluation, understanding the needs to reach groups of people not yet reached by the gospel, sharing experiences and urgency to reach these populations. After listening to the various ministries working among Muslims, we examined what to do, how to work together, provide resources and meet these commitments. Much work is done in the field, but much remains to be done, particularly in the field of training. A particular focus was on the issue of migration movements, the general insecurity that is bound and its consequences. Some see problems in these moves but we should consider them as an opportunity for abundant harvest. Interesting stories were shared in this sense, which is more than surprising.

Concerning the work by workshops, I was interested in joining the South-East Asia Region, given my MANI commitments as a Coordinator for the Diaspora. It was an opportunity for me to learn what is happening in this area I had just visited few weeks ago in Indonesia. After flying over this the situation in this region from the Philippines to the East if India via Malaysia and Indonesia, we found that there were no real breakthroughs, particularly in some places, but some answers bearing hope. A great need was highlighted for the region: discipleship training of indigenous populations for local evangelism by autochthones. But also developing materials in local languages, translation of the Bible and the Gospels, as well as educational material for workers training. It was an opportunity to establish contacts with ministries working in the region for future joint actions. 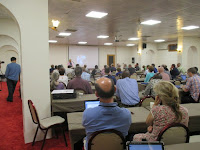 Despite all that had been done an said in the first part of this Consultation, this second part was in turn monopolized by the issue of migrants in Europe. After a brief presentation of the movement that brought us together in the suburbs of Istanbul, the focus was on the current migratory movement and what the Bible asks us: to care for the stranger who sojourns among you. The situation: Tukey is a hub of the current immigration because of its location. It is very easy to get there though difficult to move on. Because of this, many people come, turn around and can’t move more. Sometimes it can last long. This is their only opportunity to be exposed to Gospel.

Many reasons are causing this migration most of which was the persecution if Christians and minority people of the Est. We were aware of the situation minority group of Yesidi in Iraq, a genocide of this century, the situation of suffering peoples of this region, whether Christians or not. We must see them first through Christ’s eyes before we see them in their cultural identity.

We looked at the different ways to present the Gospel without any rush, taking into account their experiences and their needs. Some of these refugees had better lives than many among us and we should welcome them respecting their persons, without inquiring about their religion, but living Jesus life with them, it is what must influence their lives. We must help without creating dependency. We shared experiences of associations that take care of these refugees and found they needed help from Churches. The task is very difficult and requires a lot of human resources; two-week training on site is necessary to enable an effective care with minimal risk by Christian organizations. Most effective care is to be taken in the regions entry points of these immigrants; it would be easier later to follow-up once in the host countries. Otherwise, there would be risk of Islamist organizations’ harnessing. 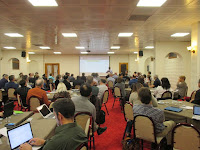 Many issues were raised that require reflection as concern churches and Christians in Europe. Let us not be afraid of the Muslims who come to our borders, many have already received, God has done the job before they arrive. It’s a bit like a ripe fruit waiting to be plucked. There are among them those who expect a gesture, a word of encouragement for the Lord has already done the work beforehand. It is often not necessary to preach the Gospel no matter what and somehow, it is simply to present Jesus to them and tell them how much He loves them. It is here that the caregivers need to be train. And in these tasks the Diaspora Churches in Europe have a large part to play. 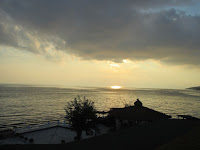 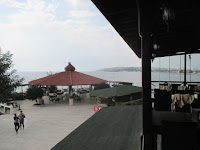