Following the first mission to Bouake in Ivory Coast, April 2014, a second mission was decided with the leaders of the United Methodist Church of Ivory Coast (EMU-CI) Missionary District of Bouake, but this time with an international team to support the Church of Bouake in his evangelistic effort. For this reason, the Maeva Sev invited two evangelists, Pastor Emmanuel KOUM from Cameroon and Evangelist Singer Armaando GOMES from Bulle in France. Pastor Koffi whose program in April had not been done for the reasons outlined in the previous report of the mission, not wanting to stay in a failure, insisted that the team also comes in Dabou for a program with Bonn and Gbougbo.

The second mission in Ivory Coast was hence conducted in two stages: The Dabou proram from June 11 to 15 and the second Bouake program of this year from June 16 to 30.

For this mission, Brother Armando was to join me in view of the program and my health situation, I 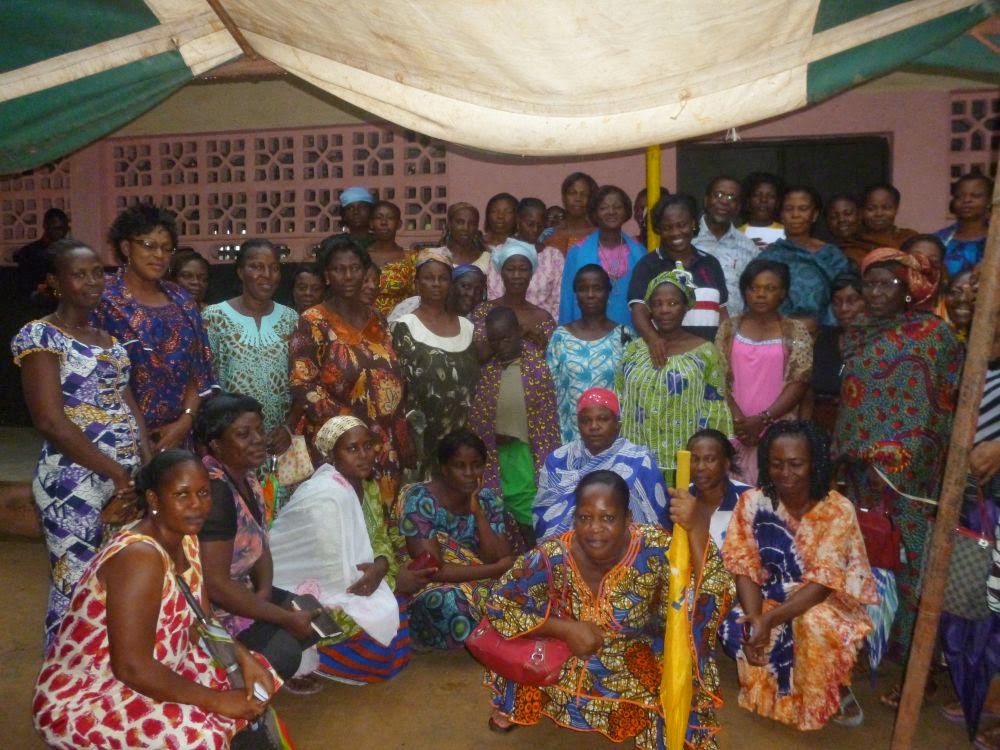 was just recovering from chikungunya that I contacted during my mission in Martinique, and a night of prayer was scheduled the day after my arrival. But for reason beyond his control, he had to change his departure, a strike in the company that transported him having prevented from traveling the same day as me, as it was scheduled. Pastor Emmanuel Koum arrived three days after me, late on Saturday morning. So I had to ensure by myself the heavy program that the organizers had sent me. At the Air Port the evening Pastor Michel Koffi and his team came to pick me up and they took me straight to Dabou Town where I was hosted by Pastor Albert ALOPKLIE, founder of the MIEBA-JEC (Evangelical Mission Arms of Love of Jesus Christ). It was also the headquarters of the mission in Dabou Town.

The same evening, Pastor Koffi informed me of the change in the program: the night of prayer in 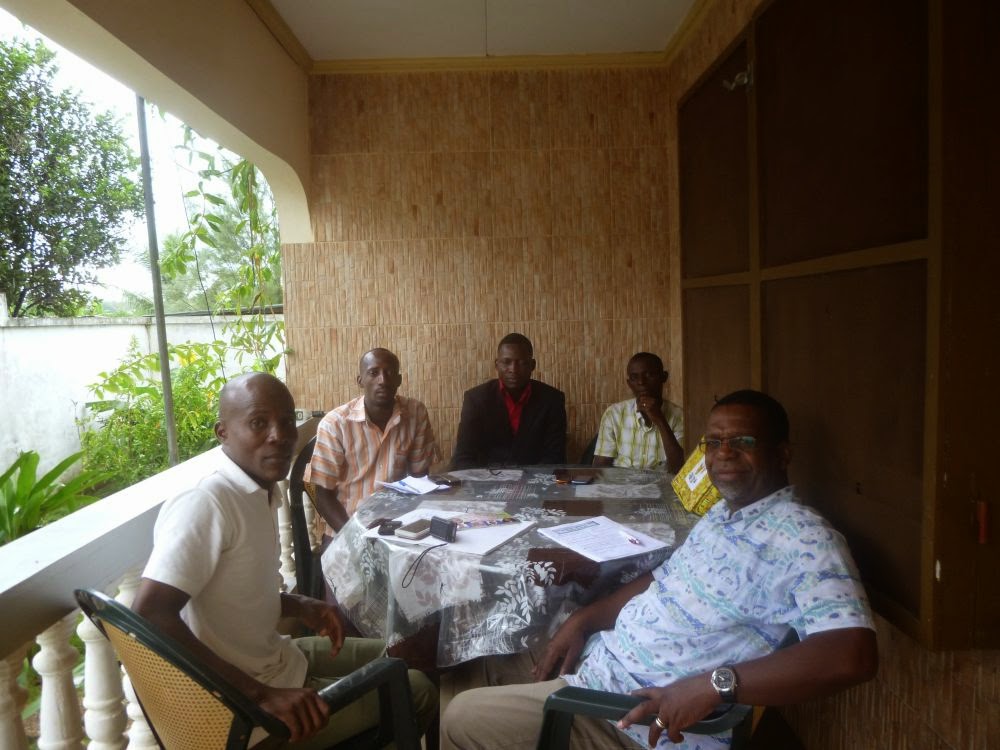 Bonn was cancelled and the crusade in Gbougbo seriously questioned. All outdoor meeting had been removed because of heavy rains that hit the region and I have found since my arrival. It is true that the media reported flooding in Abidjan that had caused deaths and widespread destruction of homes. Only the seminar with women, evangelism and humanitarian actions in the prison and also visits to humanitarian works and preaching in some Churches were maintained. I was torn between two feelings, the relief as the work was well lighten and the angry to see that once again, Pastor Koffi had not ensured and contrary to what he had assured me before I accepted his proposal to come, there still were problems due to their common mistakes with Jacques Essoh on the project “driver’s licence”.

Next day, we held a meeting at our headquarter with pastors Koffi, Sankara, Noufou of MIEBA-JEC and the prophet DJAHI Eric of UEM (Evangelical Mission of Unity). We were joined later by Prophet Abraham KABORE of “Deliverance, Prosperity and Salvation of the Evangelical Foundation.” I tried to understand why these leaders couldn’t make a reliable program. After we made changes on the final program, we agreed on the amount of the Maéva Sev participation in the budget of the action in the prison. I was then informed of the situation of Mrs Lydia, a widow the pastoral team was taking care of.

We visited the prison the same day. We went to the prison in Dabou Town where we were expected
by the lady who was the manager of the prison. She gave us a very warm welcome. She explained the situation of most inmates, often abandoned by their families after a while, they are found deprived. The prison population was then 250 people, including eight women. We brought clothes, soap, a box of bleach, and some food (bread, sardines, eggs, mayonnaise etc.) The prison guards are those who were in charge of distributing what we brought since we were not allowed to do this and they did it in our presence for what could immediately be handed out, including food, after they carefully checked the contain of our gifts. The rest would be distributed as needed. After that, the prisoners gathered in a kind of courtyard. There we preached the word of God before we prayed for them. 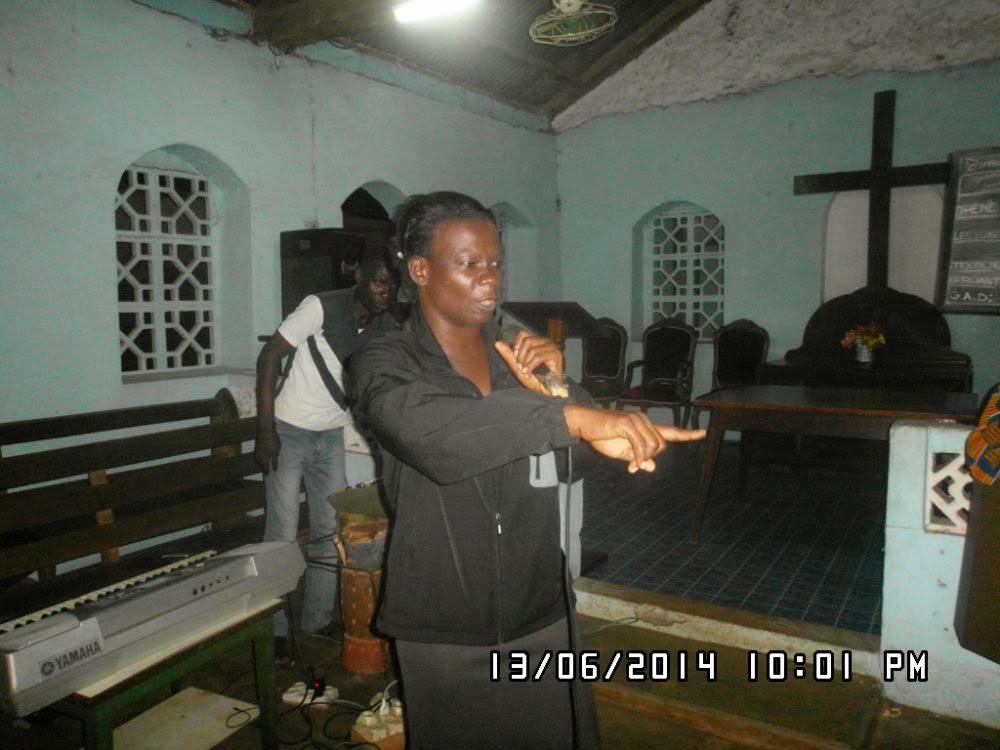 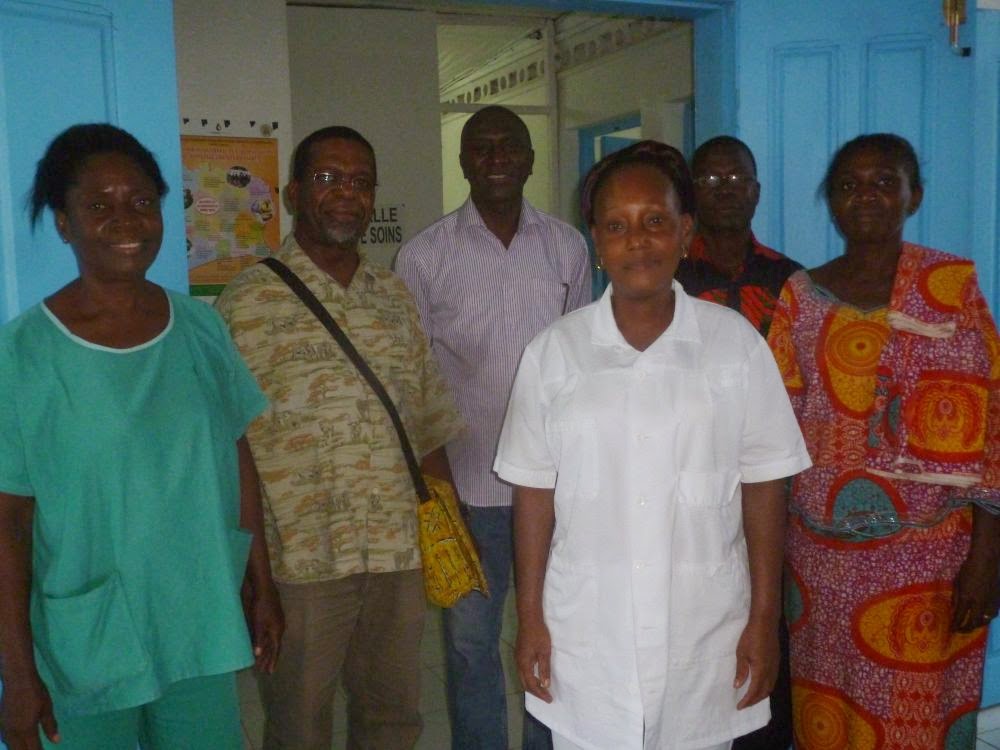 The following days, we visited the Health Facilities of the place including the Gbougbo Health Centre founded some years before by the Maéva Sev and directed by Sister Pelagie Rosine SEKA, the Nurse in charge of the Centre, a very dedicated person who works almost voluntarily for rural healthcare. We found the total destitution in which the Centre was and the few drugs we brought were completely insignificant compared to the needs. She practices about six hundred births a year in deplorable conditions. There is no delivery table and they take place on the floor. We hope the planed container for of medical equipment will be carried out and bring some relief to the Centre and all the Health Centres we visited in Dabou as well as in Bouake. 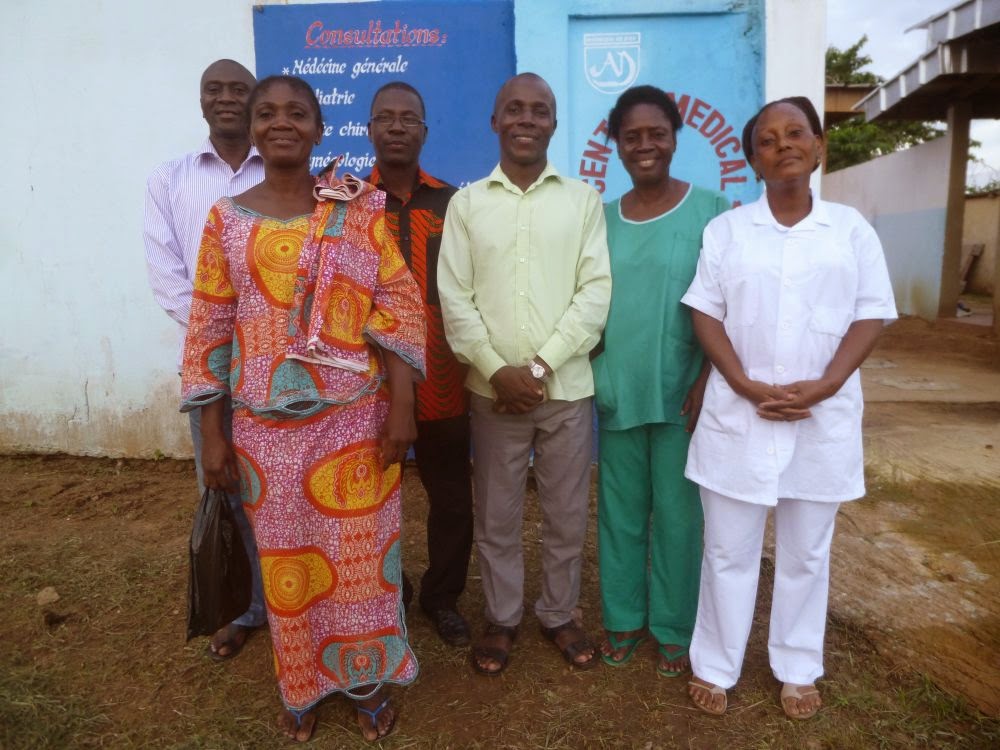 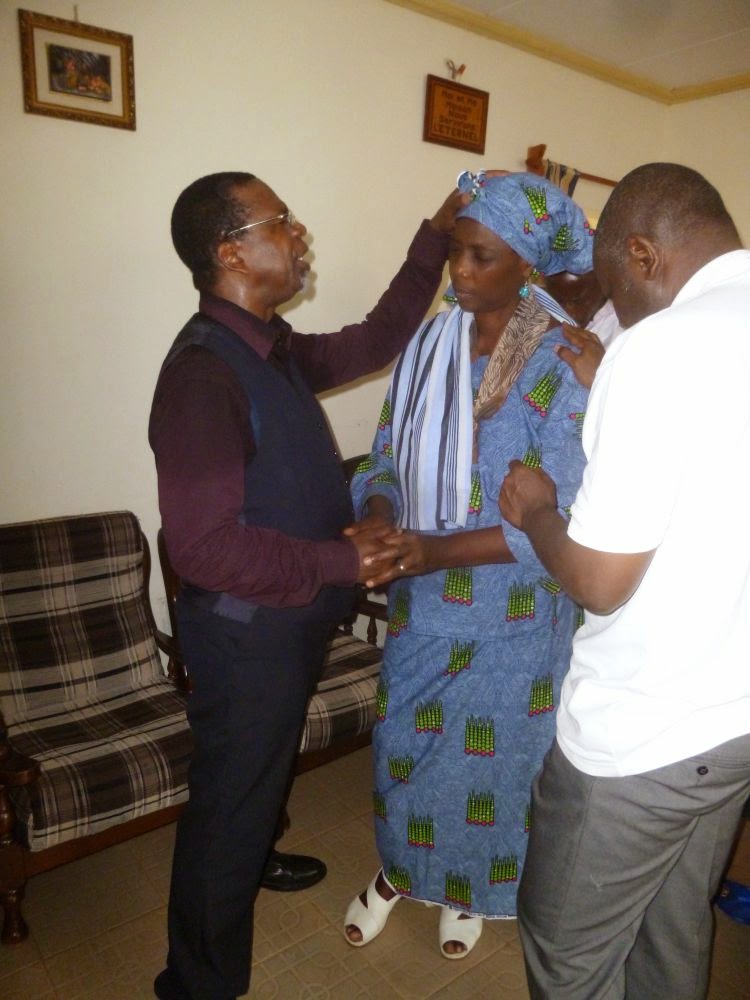 Pastor Emmanuel KOUM joined us early in Saturday afternoon. After a meal with the Maéva Sev Health Centre Nurse at a leading citizen’s house, we visited the Dabou Town Assembly of God’s hospital that was better provided with drugs and personnel; but despite that the needs are enormous and it is difficult to cope with the health claim.

On Sunday, June 15, Emmanuel Koum preached in the MEU church and myself in MIEBA-JEC. It was a blessed time during which the Lord had shown His grace! 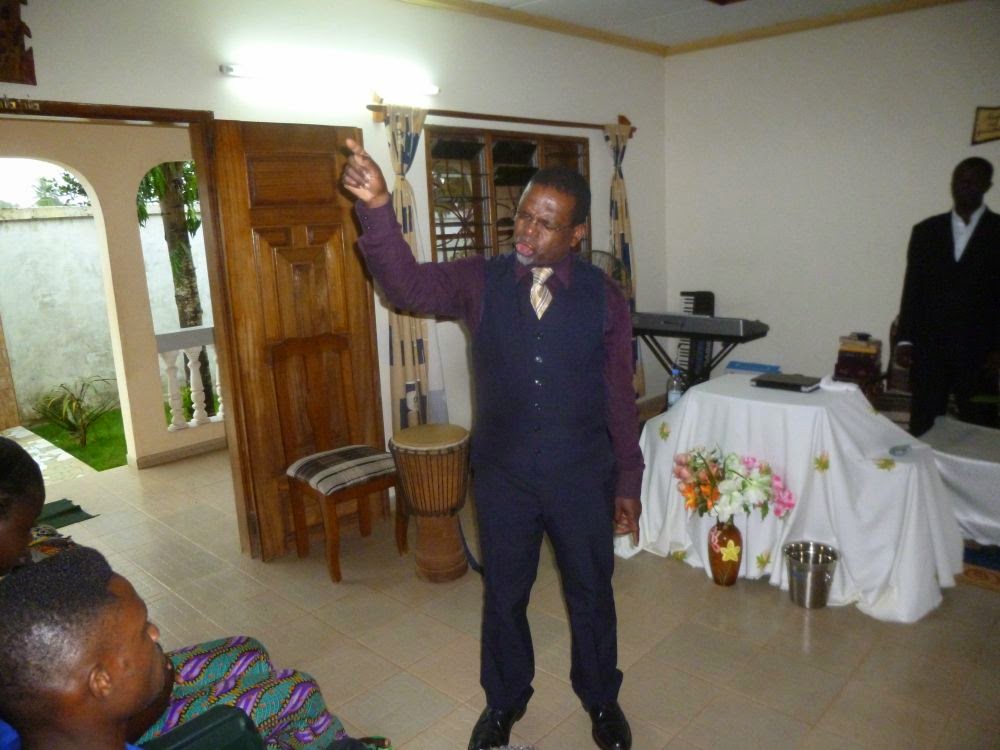